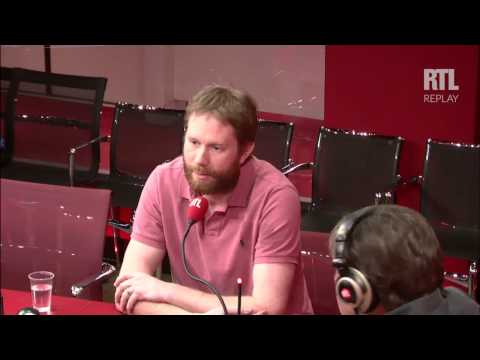 [Article] In the Cryptocurrency World, Your Security is in Greater Danger than on Facebook; CLEARS Can Help

If the now-infamous Facebook security breach has any silver lining, it’s the rise in awareness of digital threats.
Cambridge Analytica’s harvesting of user data and possible election manipulation has dominated the news, and rightfully so: [up to 87 million people](up to 87 million people) may have had personal information exposed to third parties without authorization.
And yet, in terms of threat to security, the Facebook breach pales in comparison to the dangers of the cryptocurrency world.

Eric Larcheveque, CEO of crypto-security firm Ledger Wallet, makes a key distinction: If a criminal were “to steal a Social Security number or banking information — that’s not money, it’s information.”
But with cryptocurrency hacks? “It’s immediate. It’s already cash.”
And crypto-criminals are all too aware: “All the hackers in the world are targeting cryptocurrencies.”


Crypto hacks are a thing of the present

For instance, major Japanese cryptocurrency exchange Coincheck had over half a billion US dollars’ worth of NEM coins stolen earlier this year. The coins were taken from a so-called “hot wallet”, a web-based storage unit particularly useful for instant transfers. And, as it turns out, it’s particularly susceptible to hacks as well.
The result? “The biggest theft in the history of the world,” according to NEM.io Foundation President Lon Wong.
But Coincheck is far from alone. In 2017 alone:
And that’s only the tip of the iceberg.


Security measures leave much to be desired

Thus emerges the major pain point for cryptocurrency organizations and users alike: the ensured protection of users’ personal information.
But such security is woefully underdeveloped.
Crypto criminals currently enjoy a wealth of hacking options: exploiting insecure ICOs, manipulating digital wallets, interfering with payment gateways, obtaining user passwords or secret keys, and impersonating recipients’ addresses, to name a few. Regarding wallets specifically, software service Electrum and hardware storage Trezor each had unique vulnerabilities recently exposed.
Even our devices can’t be trusted, with “catastrophic” flaws dubbed Meltdown and Spectre discovered within universally used Intel CPU chips.
With so much volatility in the industry, concerns over sensitive personal documents and wallet security are both extremely well-founded.


Clears: Our mission to bolster cyber-security

With the crypto world growing at an exponential pace, we believe appropriate precautions must follow suit. Cryptocurrency exchange processes have a dire need for fortified security measures, hence the emergence of Clears.
Using the power of Blockchain, Clears carefully encrypts each Know Your Customer (KYC) process to the utmost security standards. We also:
“Security” isn’t just a buzzword; it’s the backbone of your digital identity and the stronghold of your wealth. Clears is committed to cultivating the security necessary in your cryptocurrency transactions. For more on how we do it, check out our CLEARS Medium.

“From our point of view, it confirms that bitcoin is not the ‘dream currency of the criminals’, as police investigations succeeded to shut down the operation in the same way they would have done with euro-operated activities.”

This was the response of Eric Larcheveque, founder of Paris' "La Maison du Bitcoin" (France's most influential Bitcoin association) to the Bitcoin exchange shut down in France.
Just wanted to say kudos for this absolutely perfect quote.
Source: http://www.coindesk.com/french-officials-seize-272800-illegal-bitcoin-exchange/

It was through chance encounters in this space that Leger was born in the basement of 35 rue du Caire, where the company also operated a Bitcoin exchange desk and a handful of crypto miners. Eric Larchevêque, CEO of Ledger, joins us again since his last appearance as a guest 200 episodes ago. Eric Larcheveque CEO of cryptocurrency security company Ledger Wallet Bitcoin was born out of a distrust of traditional markets and a desire to establish a new system, free from brokers or bankers. Eric Larchevêque is Co-Founder and CEO of Ledger.Having been a serial entrepreneur since 1996, Eric has developed several French and European projects. The leader in blockchain news, CoinDesk is a media outlet that strives for the highest journalistic standards and abides by a strict set of editorial policies.CoinDesk is an independent operating According to Ledger CEO Eric Larcheveque, crypto is the easiest asset in the world to steal. So keeping your funds in an exchange is really not advisable. And as per the findings of this study, the top exchanges are among the lowest scoring when it comes to CSS, with Bithumb number 1 on CMC, and 98th in the CER top 100 crypto exchanges.