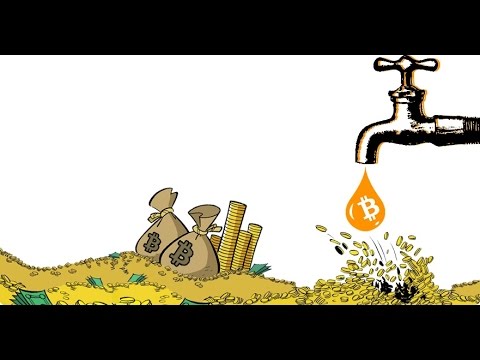 Hey everyone,
For the second week of my series highlighting 3rd party projects, I’ll be taking a look at one of the newer projects that I’m personally very excited about, The Nano Center. I talked to Andy, who most of you know from running the Nano things store, and Dave Carlson, otherwise known as WIMPZ, about the reasons behind starting The Nano Center and what they have planned for the future.
Troy: Ok, so as this is a relatively new project, tell us a little about why you guys decided to launch The Nano Center.
Andy: Hi, well, The Nano Center was originally conceived off of an idea that Dave had, to put together a video promoting and showing Nano in all its glory to as many people as possible. We used this as a starting point and immediately started conceptualizing ways to engage the community and organize efforts to make a real tangible effect. Both of us have been heavily involved in the Nano community since the end of 2017 and have seen the community grow and flourish over the months. We know how passionate and skilled this amazing group of people are and felt like we could perhaps make up for our own technical shortcomings, by building an organizational structure to help give people a platform to develop ideas and pool together the wide range of skills that the community possesses.
Dave: We were amazed at how fast people saw what we were trying to do with The Nano Center, and almost immediately projects started to appear on the Discord server. Before we really got started on even building the website we had people designing banner ad campaigns through Mellow-ads. There are amazing contributions being made in the form of video projects, geocaching games, wallet translations and loads more of projects taking shape on top of this. We’ve had some amazing people work solidly to get the website together on zero notice, which has been incredibly helpful in driving the project forward and showing the community that this is a working model that can help the Nano cause.
Troy: So as the project is still in its infancy, what are some of the things you have taken away from the first few weeks?
Dave: From a personal point of view, one of my favorite things about The Nano Center has been its ability to reunite some of the community in its shared goal of making Nano the best it can be. We have been overjoyed to welcome some of the Banano guys over to the Nano Center and it is great to see everyone working together again. We hope The Nano Center is seen as a community collective for both communities, as we are intrinsically linked and all want the same things.
Andy: To give an example of the work ethic and passion of the guys at The Nano Center, our creative lead Jordy and lead developer Kilrizzy recently put together a suggested landing page for the new nano wallet website. They worked really well together and produced a gorgeous landing page, fully coded and supplied to The Nano Foundation for their consideration. We were all over the moon when the Nano Wallet Company decided to use their work.
Troy: We saw the banner ads on the Bitcoin faucets, but what else do you guys have in store for us?
Dave: The next project, and what is probably going to turn out to be our flagship for the next few weeks, is the sponsorship of the KPI gaming CS: GO team at DreamHack - Valencia.
Troy: More information, please!
Andy: The KPI team, a top-ranked and for this tournament top-seeded CS: GO team, will change their team name to Nano.KPI during DreamHack – Valencia, which takes place from July 12th to July 14th. The tournament will be broadcasted nationally in Spain, and around the world via various streaming providers. That's what we're planning now - But we need the communities help! We've got a budget put together to extend Nano well past just the tournament, and into the DreamHack - Valencia 2018 convention floor! We are looking to have a staffed, branded booth where attendees can learn more about Nano. The idea is that we will be showing Nano to anyone and everyone, encouraging wallet downloads, giving away prizes for sending Nano, and even utilizing some of our existing services, such as the faucet and Nano Twitter Tip Bot!
Troy: Well that’s exciting. How can people get involved?
Dave: So I want people to know that this is overseen by us, but essentially is a space for the community to do their thing. It’s not a place where you tell someone your idea, it’s a place where you create your idea with the help of others. Completed and structured proposals will all make it onto the website where the community will vote with their Nanos on what projects they want to see realized.
Andy: We welcome everyone to join us on The Nano Center’s discord server and to learn more about the project on our website
Previous Project Highlights
Week 1: BrainBlocks

We've come a long ways and I'm at a point where I've decided I'm going to really pursue this with everything I've got in terms of energy and devotion. I've got a prior commitment hanging over my head towards the end of this month, but once I resolve that, I'm planning on spending a couple months really digging into NYAN and seeing what I can do. So far we've just chipped away at the edges, but already we've seen some pretty impressive results. Just a brief recap of our successes first and then I'll talk about my ideas.
We've gone from 1-3 satoshi to 10-30 satoshi prices. Not bad. We've got two new block explorers up in response to the previous one going down. We've got an irc channel and active community members both here and there. And we've got me, the crazy bastard who's locked up 25% of the available supply and is planning to do everything he can to build up NYAN to its proper greatness, and got tipnyan going and did a major giveaway with it. Oh, and we survived a dump of ~10% of the available supply quite comfortably. Probably other stuff I'm forgetting about right now.
So, what next? Well, a lot of stuff. This is just a huge dump of ideas for discussion and inspiration. It's not necessarily ordered, although I'll try to have it go roughly from simplest to most complex. These are by no means promises or guarantees. This is just stuff I think would be cool.
Some of this isn't a "implement this", it's more of a blog post prompt or general concept.

Wrapping my head around reddcoin and cryptocurrency in general (help)

Hello! I'm not necessarily new to the cryptoncurrency phenomenon, I first heard about bitcoins in 2010 and then I mined a couple of them in 2012( never exceeded 1 bitcoin though). I remember back then it was the "GPU" mining era, and it was fairly easy to make some bitcoins with AMD gaming video cards... I lost almost all of them on satoshi dice. I pulled my hair out in October 2013 when I saw the price of one bitcoin... I was not interested anymore.
These days something sparked in me and I started exploring the cryptocurrency scene again. Oh my gosh! What the heck happened? There's a gazillion of them! I've heard about litecoin, namecoin, dogecoin before but... Needless to say, I somehow landed on reddcoin's page and saw the video. Every currency promises something, but it seems to me that a lot of them exist in vain. I can sense the potential of this one, since everybody is so crazed about giving likes and that sort of stuff on social sites. And if it really takes off, I'd be excited to see it extending its nets not only on social sites, but also games and gaming platforms. Not that bitcoin is a problem, but it has such a high value that I always thought using a sub-unitary value like 0.(tons-of-0es)42 when trading is ugly. And 1 satoshi is a difficult value to think of.
Also, I've encountered some convenience problems. Now with so many services for wallets/exchanges/etc. it's hard to decide what to use. In the past I used multibit, but that's just because I was experimenting. I am now too, but I feel like I want something readily available wherever I go. I found mycellium, but unfortunately it seems that it's a local wallet, although being able to save it offline on paper is interesting. cryptonator seems nice, but I find having to use the 2-step authentication burdensome. What are your suggestions for a more... stable adress? I tried cryptonator because I thought it exchanges between all kinds of coins, including reddcoin and namecoin( I have some 0.18 leftover namecoins from the bitminter pool that would like to somehow transform in reddcoins), but it's not the case.
Which brings me to reddcoins. I did download the Reddcoin application, and made 30 reddcoins from faucets just to get me started. But then I thought "how is this supposed to be integrated with social sites and all the crazy stuff that's so nicely presented in that video?". I came here and understood that reddcoin is kinda in the IPO stage still, because it doesn't really deliver what it promises. I then saw that the reddWallet 1.0 was released and downloaded that. Do I simply transfer those 30 reddcoins from the reddcoin application to reddwallet? Are there any fees? Also, does reddwallet need the reddcoin application to run? How will this reddwallet be integrated with, say, Facebook or Youtube?
I also registered with the reddit tipping bot, and it seems fun, but what's the final purpose of all this if I can't invest these reddcoins in some goods? I understand if there's an easy way to convert reddcoins to bitcoins, since bitcoin is much more used worldwide and you can literally find everywhere at least a service or store that accepts bitcoins.
Thank you for your time, and let's hope for the best.

Btc faucet direct to coinpot Btc faucet direct to coinpot. The minimum deposit for BTC is 0, btc faucet direct to coinpot. Btc faucet collector bot Faucet Collector robot claims free money for you. The bot automatically visits many websites and solves all kinds of faucets. Lots of high paying faucets are supported including those that pay directly into your own wallet. The bot will claim these cryptocurrency coins automatically for you and you can customize a lot on how the bot should collect. Apart from the Bitcoin faucet, which isn’t nearly as profitable as the previous one, these options rely on some faith in the future of altcoins. Final Take While faucets are generally considered a waste of time, the above websites at least offer the potential for reliable and withdrawable earnings in assets that could appreciate in value. A Bitcoin faucet is a webpage that gives out users a very small amount of Bitcoins every few minutes. This way you can get your first Bitcoins without needing to buy them. Get Satoshis every 5 minutes. Until today this faucet has paid 1,279,502,254 Satoshi. 1. Solve the captcha 2. Enter your Bitcoin address Most assume the only way to get bitcoin is to buy it. However, as this guide will show, there is a multitude of ways to earn cryptocurrency as well. These include free methods like tasks, airdrops, faucets, and questionnaires- or more popularly, the modern gig economy paying for your time…

How to: Get Free Bitcoin (Faucets)