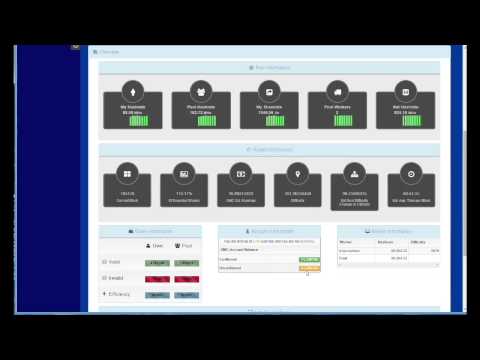 Bitcoin Was the Ninth Most Popular Wikipedia Article Last Year.

Its seems users who frequent the online encyclopedia platform Wikipedia read the ‘Bitcoin’ article hosted on the site a lot. According to statistics, the Wiki Bitcoin page was the ninth most read article on Wikipedia last year.
Bitcoin Article on Wikipedia Was the Ninth Most Popular Last Year
Last year lots of people were inquiring about the cryptocurrency bitcoin and the word itself was one of the topmost trending words searched in 2017 according to Google Trends data. Another area where bitcoin was searched frequently was the website Wikipedia. The website hosts a free encyclopedia that is openly editable, while educational resources are also provided in 299 different languages. Wikipedia recently published its “Annual Top 50 Report” which includes a curated list of the top fifty most popular articles on Wikipedia throughout 2017.
According to Wiki’s data, the ‘Bitcoin’ article was the ninth most popular encyclopedia post last year just below the ‘United States’ articles and just above the Netflix drama series ‘13 Reasons Why.’ Bitcoin stands among other top ten editorials documenting Donald Trump, Game of Thrones, and Queen Elizabeth II. The introduction in the Wiki Bitcoin article states:
Bitcoin is a cryptocurrency and worldwide payment system. It is the first decentralized digital currency, as the system works without a central bank or single administrator. The network is peer-to-peer and transactions take place between users directly, without an intermediary.
Wiki Senior Editor: ‘Bitcoin the Much-Hyped “Future of Money”’
Last year the ‘Bitcoin’ article accumulated over 15 million views and the page peaked in traffic on December 8, 2017. In the annual report Wiki Senior Editor JFG gives the article a bit of an odd introduction.
“For our dear readers who can’t make heads or tails of this novelty: Bitcoin is as good as gold, shinier than lead, bubblier than tulips, held deep in the mines, and driving people nuts,” explains the Wiki editor.
Gold has enriched adventurers and bitcoin has held fools to ransom. You may dive in a pool of gold, but lose it all at war. Strangely, while you can still buy gold today and forget about it until your great-grandchildren cash it out, the much-hyped “future of money” has turned into the most speculative intangible asset of all time, while proving totally unsuitable as a means of payment.
Within the archives of 5,000 most popular articles from last week according to the Wiki page ‘User:west.andrew.g/popular pages,’ Bitcoin ranks at number 354. The page is aggregated from raw data which displays articles with at least 1,000 hits in a seven day period and only the most popular are published through the feed. Ethereum just makes the cut at 3710, Cryptocurrency 1273, and Blockchain slides ahead at 312. All of the data showing how popular digital currencies are on Wiki is derived from the company’s content consumption metrics which shows datasets of raw dump files and page views.

Bitcoin is a decentralized digital currency that enables instant payments to anyone, anywhere in the world. Bitcoin uses peer-to-peer technology to operate with no central authority: transaction management and money issuance are carried out collectively by the network. The original Bitcoin software by Satoshi Nakamoto was released under the MIT license. . Most client software, derived or "from miner Zoology 1. any of various insects or insect larvae that bore into and feed on plant tissues 2. Austral any of several honey-eaters of the genus Manorina, esp M. melanocephala (noisy miner), of scrub regions miner[′mīn·ər] (mining engineering) A person engaged in removing ore, coal, or minerals from the earth. A machine designed for automatic pool 1 (po͞ol) n. 1. A small body of still water. 2. An accumulation of standing liquid; a puddle: a pool of blood. 3. A deep or still place in a stream. 4. A swimming pool. 5. An underground accumulation of petroleum or gas in porous sedimentary rock. intr.v. pooled, pool·ing, pools 1. To form pools or a pool: The receding tide pooled in hollows CKPool was also known as Kano Pool is a BTC mining pool with a 0.9% fee and shared transaction fee rewards. The pool doesn't require registration for basic use but includes in-depth stats for registered miners. The pool and pool software were created and are run by the CGMiner developers. The coinbase signature for this pool is: "kano" Offered by Princeton University. To really understand what is special about Bitcoin, we need to understand how it works at a technical level. We’ll address the important questions about Bitcoin, such as: How does Bitcoin work? What makes Bitcoin different? How secure are your Bitcoins? How anonymous are Bitcoin users? What determines the price of Bitcoins?

Crypto Mining Tutorial! Use your CPU and GPU to make you real money! (June 2017) - Duration: 8:26. The Hot End - 3D Printing & Tech Reviews 61,735 views This is the first half of Part 3 in the BitCoin For Beginners video series! In this video, I'll discuss Mining Pools in much more detail. We'll take a look at the major public pools that are ... How to earn through mining bitcoin ethereum dash zcash & comparison between gpu rig and antminer s9. - Duration: 7:15. Bitcoin Miner Pakistan 711,350 views This is a walkthrough on how to install a BTC wallet, how to install a BTC miner (Phoenix 1.50 at the moment of this walkthrough), how to connect to a mining pool (Eligius), and how to view your ... BITCOIN KURS FÄLLT DURCH ZWEI MINING POOLS - Duration: 12:30. AllgemeineTuts 2,680 views. 12:30. Competition is for Losers with Peter Thiel (How to Start a Startup 2014: 5) ...