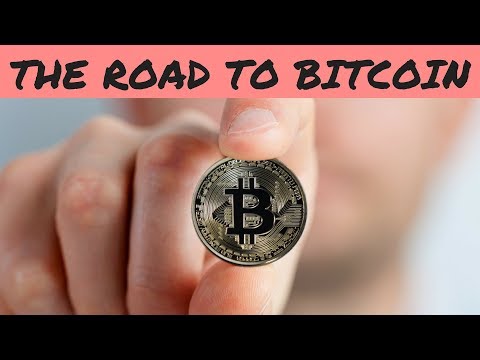 Background:
What is Clubhouse?
You know all those stories of people interrupting Zoom calls by spamming the link and getting in? What if that, as a business model. It is still in private beta, has only 1500 users and yet somehow venture capitalists have $12 million invested at a $100 milion dollar valuation in this.
What is Away?
Hardcover suitcases that cost $225 and above. Hipsters seem to like it. "The brand is more than just luggage. It’s about travel." It is treated like a tech company by VCs for some godforsaken reason (it has raised $100 million at a $1.4 billion valuation), and the CEO uses a lot of Lean In rhetoric (female led, inclusive etc.)
How New York Times?
The New York Times has hired a reporter, Taylor Lorenz, specifically for "Internet Culture" i.e. HobbyDrama reporting. (No, seriously, look at the stories she gets to write. For the NYT!)
Pre-Drama Events:
In December 2019, an elaborate investigation was posted by The Verge (not the NYT, important) about the toxic work culture at Away, with the CEO, Steph Corey, calling workers brain dead and firing someone based on chat in an internal private Slack channel called #Hot-Topics "filled with LGBTQ folks and people of color" (from article).
Korey stepped down as CEO in December, with another CEO to be selected. She came back as co-CEO in January because she 'should not have fallen on the sword.'
Course of the Drama:
June 30/July 1: On an Instagram AMA, returned co-CEO Korey answered a question about "women being targeted by the media" (I presume the AMA went in that direction) by talking about media having an incentive to clickbait in the social media era that and women (like her) were targeted because women are supposed to be motherly, ambitious women like Hillary are targeted by the media, some millennial women who work in the media forgo their ethics to advance their career because old media ethics are being eroded.
The Verge investigation was done by Zoë Schiffer, a “millennial woman.”
Incensed by this, Lorenz posts the IG pics on twitter (previous link from her) and speculates that this AMA exists because of a piece on the disgracing of the “girlboss” stereotype. To recap, neither the original story, nor the Atlantic op-ed were written by her.
Techbros start sharing the same pics of the AMA as a balanced perspective.
Until this point, #bothsides, let them fight, etc.
Enter Balaji Srinivasan. Here is a pompous bio.
He starts attacking Lorenz (again, not the writer of any of the stories). Lorenz says the guy has been obsessively attacking her for quite some time on Clubhouse gussied up public Webex calls (in tweets after the linked tweet).
Then anti-Lorenz sockpuppet accounts start being created to attack her.
An elaborate website is linked by the accounts, specifically to attack her. (Click the link, it is deranged as all hell.)
Taylor asks Ben Horowitz (of multi-billion dollar Andreessen Horowitz, where Balaji has worked before) to get him to stop. Gets blocked.
Then the Andreessen Horowitz batch have a conversation on Clubhouse Discord without texting with Lorenz. After Taylor leaves, (this part leaked to Vice, so you can go listen) Ben Horowitz’ wife, Felicia says that Taylor is playing the “woman card to defend herself.” Balaji implies that she may be “afraid of a brown man.”
And then the conversations ascend:


”the entire tech press was complicit in covering up the threat of COVID-19,”
relying on the press is “outsourcing your information supply chain to folks who are disaligned with you,”
”Media corporations are not the free press, any more than chain restaurants are food “
“why does press have a right to investigate private companies, let the market decide, I don’t understand who gives them that right” (Note: Probably from another conversation by some CEO)


Also something about Github, VC funding and Blockchains being a better model for journalism. (Bitconeeeect!!)
Then Vice reports on it.
Tech media rallies around Taylor [retweets on her twitter]. Glenn Greenwald pokes his nose and says otherwise, because Greenwald.
VCs support their own (along with MC Hammer?? because he’s also on Clubhouse the conference calls you join “for fun” app? So is Oprah???), with opinions like


I’ve never met a VC more powerful than a journalist. One can block me from accessing capital. The other has controlled the narrative / perception of my entire race for decades.


And other nuclear fucking takes retweeted by Felicia Horowitz
And Balaji?
When reached for comment, Balaji claims recording it was illegal (which, idk, haven’t seen the Terms of Service, only 1500 people can use Clubhouse the Twitch app, but you don’t have video and chat has audio)
And then he announces a $1000 bounty for memes and analysis of this event.
(paid in Bitcoin, obviously, this whole scenario is a damn meme)
This gets the creator of Ruby on Rails/Basecamp to defect to the media’s side
Aftermath? (This is a current story):
VCs (like Paul Graham) declare that the media hates them because they are losing power
Media Twitter decides VC Twitter is trying to reanimate the corpse of #GamerGate
Steph Korey, the instigator of this spiraling nonsense? Away says she has decided to step down (redux) because an employee revolt over her IG post.
(Recap: Away sells hardcases to hypebeasts. They are worth a billion because of VCs)
Balaji, rich VC guy, has memes on his timeline?
[Elon Musk has not weighed in yet, if you are curious]

A review of my recent experience with SeedsHereNow

tldr; I placed an order with SeedsHereNow using a personal check and everything went as expected. I received my order without a hiccup 10 days after I put the check in the mail.
​
Hey everyone,
After doing some searching, I couldn't find any newer reviews for SeedsHereNow (SHN). Despite this, I decided to go ahead and place an order with them anyway. For the sake of getting some fresh data out there, I wanted to share with you my experience with them.
So, long story short, I had no interest in sending cash or a money order to a seed bank (or anyone else for that matter). It just seemed like there was too much risk on my end. I know some reputable places allow you to buy seeds with bitcoin or send money through google wallet (or something similar) but, that seemed like more work than it was worth. (Read as: I didn't like the sound of it so I didn't even try.) I learned that SHN was accepting personal checks and figured why not try them out. Anyone can pocket cash or a money order but I felt safer using a personal check. I put some seeds in my cart (Strawberry Fields from Crockett Family Farms) and clicked buy. Shortly after I received an email explaining how I was supposed to address the check and where to send it to. Below is the timeline of events:
All in all, aside from having to find my checkbook, it was a completely painless process. I wish I could have used my credit card but at least I found a place that gave me the option to send a personal check. I plan on placing another order with them soon and would defiantly recommend them to anyone, especially if you don't feel comfortable sending cash or a money order in the mail.
Happy growing everyone.
Edit: I don't know how to change the tag on the post...sorry. I don't have a question but for what it's worth, but I'd be happy to answer any questions if anyone had them.
.

I found this article on internet. It's repost of it to help educate people about all DXDao advantages:
These are positive and necessary steps for DeFi. The new governance structures are intended to help coordinate across community stakeholders and make better decisions. These dynamics are influenced by the issues covered in Dose of DeFi, but I believe they deserve their own focused analysis.
Govern This aims to educate token holders and make them better voters. Emphasis will be placed on specific governance proposals and relaying community governance discussions on forums and weekly calls.
Governance is a coordination technology that has helped countries and companies build more than the sum of their parts. Blockchains are also a coordination technology, but for computers, not humans***.*** Govern This will track the development of the melding of these two over the coming years.
Like governance, Govern This is a work in progress. I would appreciate any feedback on format, topics covered or any other suggestions to make the newsletter better. Just hit reply.
The first issue of Govern This is below. Please click here to subscribe.
Thanks for reading,
Chris
📷
dxDAO aims to power DeFi protocols through decentralized governance
Gnosis launched a long-awaited DEX last week with batched auctions for low-liquidity trade pairs. The front-end, Mesa.Eth.Link is owned and operated by dxDAO, a decentralized collective that hopes to power other DeFi protocols.
While dYdX does not have any specific governance plans (yet), this tweet from dYdX founder Antonio Juliano is a common approach to governance.
📷Antonio Juliano @AntonioMJuliano3) 0x should focus less on governance in the short term. It’s way more important to first build something with a large amount of adoption that’s worth governing
December 6th 2018
3 Retweets62 Likes
The tweet at the end of 2018 was in response to 0x and its native token, ZRX. The project was popular but the token had no use case outside of governance.
This governance strategy – build now, decentralize later – is widely accepted in the space and is perhaps best exemplified by the A16Z’s Jesse Walden’s post, “Progressive Decentralization: A Playbook for Building Crypto Applications”, which the A16Z-backed Compound has essentially implemented (more in the section below).
dxDAO, on the other hand, maintains that decentralization must come at the beginning or else the core team and investors will have an outsized influence on the project in formal (token voting) or informal ways (dictators for life).
Background
dxDAO was launched in May 2019, spun out of a collaboration between Gnosis and DAOstack over managing the DutchX platform. dxDAO’s key governance design is separating financial rights to the DAO (DXD) from voting power over the DAO (Reputation). It used an Edgeware-style lock drop to distribute reputation to stakeholders in May of last year. Any user could lock up ETH or an accepted ERC-20 for a month and receive Reputation, which are voting rights in dxDAO, even though it is not a token and cannot be transferred.
Over 400 unique Ethereum addresses participated in the distribution scheme. Gnosis went through a pretty extensive process in July 2019 to “step back” from its involvement in the DAO, and since then, the community and dxDAO have aligned behind a mission of “putting the ‘De’ in Decentralized Finance”.
Following on last week’s launch of Mesa.ETH.Link, dxDAO is conducting a fundraiser or (“DAICO”?) to help fund its new slate of DeFi products, including a prediction market platform (Omen) and a privacy-centric DeFi dashboard (Mix).
Project launch is typically when a project is most centralized. Execution is hard and direction and accountability are important. dxDAO’s approach will be an interesting counterexample to the “decentralize later” trend and may provide insight into new governance strategies.
Click here for more information about the dxDAO fundraiser.
Here’s what is on the dxDAO docket this week: