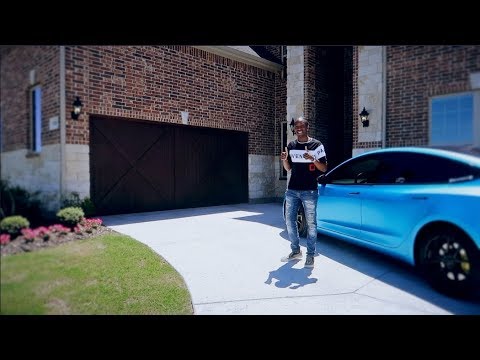 The Unofficial subreddit for The Ocean CleanUp Project

Improperly disposed plastics usually wind up in the ocean, where they can remain for hundreds of years before degrading which are easily ingested by fish and spread through ocean ecosystems and enter human diets through commercial fishing, thereby exposing humans to health risks. The Ocean Cleanup aims to address this problem by removing and recycling plastic directly from the surface of the ocean. This subreddit serves as a discussion platform for these and similar ocean cleaning technologies.
[link]

Crypto Hunt: Augmented reality meets Cryptocurrency. Get moving, get rewarded. Crypto Hunt is both a cryptocurrency and a free location-based AR game available on iOS/Android currently in open Beta testing and available for pre-sale contributors. CH allows you to get on your feet and solve riddles, discover treasure, and earn CH tokens with Professor Crypto as your guide.
[link]

Is there a website that shows what prices people are buying and selling bitcoin by country? or with a map?

How to show Offers to Buy Bitcoins on Map?

greetings guys, do yall know of a way to display offers to buy bitcoins on a map by location? i cant seem to figure it out. thanks!

We've just added ~16K terminals in Ukraine to our map, where one can buy bitcoins for cash - Coin ATM

I'm playing this game since patch 0.2 (yeah, one decimal ) and the game came a very long way (Appreciation Thread)

Recently I'm playing at Star Citizen, it's the second game that I'm opting in at Alpha status (yeah, when I joined in 0.2, Game was Alpha, not for much tough) and considering they had the same length of development, and you can sorta say they are SORTA similar in scope, I have to say the devs in EFT put way more effort into bug squashing to make the game enjoyable for everybody at any point. And this is a post to Thank them and Nikita, but also to go a bit down memory lane and remember how the game was
​
I was there 2000 years ago, here are a few things that I remember made the game miserable, so you can put it in perspective for any means and purporses :D
​
​
-When you bought the game in Alpha, you had 50% to being selected to play, otherwise, you had to wait for the beta (I was lucky to get selected)
- Only 3 armors: Paca, 6B43 Zabralo-Sh 6A Armor, back then called Fort by everybody and the rarest Gzhel
- Basically 9 weapons: M4, Ak74 (and u variant), , Kedr, MP5, Sv-98, Saiga, Mp 133 and 155, AsVal and variant
and 4 Pistols Makarov, TT, Mp-443 and P226R
-Ammo? 1 or 2 types of ammo for weapon at best. Shotguns had bucketshots and slugs, that's it
-Blunt Damage inserted in, SLUGS were THE BEST ammo you could use, at any range.
-You were forced into door opening animation for all doors, even not locked ones
-Bug of doors opening without animation and suddenly, giving the opener a big advantage
- No Jager, No ragman, No Mechanic
-No FleaMarket (Fence was "the fleamarket")
-One NVG
-Only 3 rigs, Scav vest, AVS, Blackrock, the latter 2 basically being a commando Vest in dimensions, neither of them being armored
-No hideout
-Instaheals, spamming meds while in combat
-Insta bullet drill, basically you could go in raid with just a scav vest and 2 magazines
-Trash net code, like 2 seconds of advantage peak, trade killing was very often
-Desyinc, the game was BASICALLY unplayable at points, too many disconnections, too many servers going haywire (like 2 out of 3 games)
-Flying cheaters (YES, NOCLIP)
-Factory, Woods and Customs only maps
-Then came Shoreline, first new map, only half of it, the extract was at tunnel and the military bunker just before the sanitarium, people fought basically in the swamp and in town -NO SCAVS in the first Iteration (also happened for Interchange, no scavs)
-Scavs changing from: loot pignatas, to terminator, to loot pignatas a lot of times
-Scopes? you mean PSO
-most coveted item being: Physical bitcoin, and roler watch
-At around 0.5 you could stack armored rig on top of your armor, imagine a 6B43 with a TacTec on top, armor stacking :), and of course no weight limits
most recently: Head going through wall and noclipping the area around bug
​
If you too are a player of long date, you can expand this list if I missed something.
​
It's been a few years, and the game is greater than ever and is only going to get better, keep up the good work boys
​
EDIT by Community ;):
-Woods map was in at the time
-Everybody spawning at the same side of the map
-Quests had a time limit, and you could lose your progress (and items) in the quest
-Quest were very few, like 4 or 5
-No partial turnover of items, you need to give all the items togheter, unless they are separated. i.e: delivery 2 fort armor and 2 ghzel, you needed to have 2 fort armor in your inventory if you wanted to give them
-At one point, If you had a map equipped you could choose which side of the map to spawn
-If you had one black limb, touching barbed wire meant death
-Beign shoot at one blackd out limb would mean sure death
-Roubles used to stack at 50k, you had no money case and no doc case, the only way to store them was with wallets
-You could level up vendors by selling them rigs of backpacks full of stuff, skier was the most exploited since he doesn't buy guns, you can just put stuff inside you backpack and sell everything to him
-Similar to the precedent point, you could sell bag full of stuff when fleamarket was first introduced, a lot of scams and mistakes were made in that time
-(recent)You had to wait an entire 1 minute to revoke a flemarket posting, if you did a mistake it was basically gone
-(recent) you could sell your gamma container on fleamarket, after wipe people usually sold them
-Backpacks? T-Bag, DuffleBag, Scav Backpack, MBSS, Trizip and Pilgrim
-Customs had only one choke point, the wall at checkpoint that goes on until gas station and dormitory was the outermost part of the map, no derailed train, no power pole maintenance area
-Scavs position were much more predicable overall, you could always found them in specific places if you were the first to get there
-No scav bosses at all
-(Very Early) No Peacekeeper
-(Very Early) no group spawn
-(Very Early) sticky grenades
-(Very early) No time selection
-The only way to finish "what's on the flashdrive" quest, was with USB flashes spawning on the tent in woods
-Only one head hitbox, an helmet would cover the whole face
-There was a brief period where some helmets were completely broken (after face hitboxes), skull facemask
-(recent)No possibility to restore blacked out limbs, a black stomach would most likely mean death in a few minutes if you didn't bring any water in
​

This is the weekly "New Player & Basic Questions" thread, which is re-posted every Wednesday.
You can ask any "new player" questions or basic questions about the game here, it is designed to help new players, or those who have quick questions to do with the game or community.
Please make sure to check out our wiki before asking any questions: https://www.reddit.com/EscapefromTarkov/wiki/index
We ask if you are trying to answer questions, please filter by "new" comments and please keep it civil.

Edit: TL;DR added in the comments

Hey all, I've been researching coins since 2017 and have gone through 100s of them in the last 3 years. I got introduced to blockchain via Bitcoin of course, analyzed Ethereum thereafter and from that moment I have a keen interest in smart contact platforms. I’m passionate about Ethereum but I find Zilliqa to have a better risk-reward ratio. Especially because Zilliqa has found an elegant balance between being secure, decentralized and scalable in my opinion.

Below I post my analysis of why from all the coins I went through I’m most bullish on Zilliqa (yes I went through Tezos, EOS, NEO, VeChain, Harmony, Algorand, Cardano etc.). Note that this is not investment advice and although it's a thorough analysis there is obviously some bias involved. Looking forward to what you all think!

Fun fact: the name Zilliqa is a play on ‘silica’ silicon dioxide which means “Silicon for the high-throughput consensus computer.”

This post is divided into (i) Technology, (ii) Business & Partnerships, and (iii) Marketing & Community. I’ve tried to make the technology part readable for a broad audience. If you’ve ever tried understanding the inner workings of Bitcoin and Ethereum you should be able to grasp most parts. Otherwise, just ski